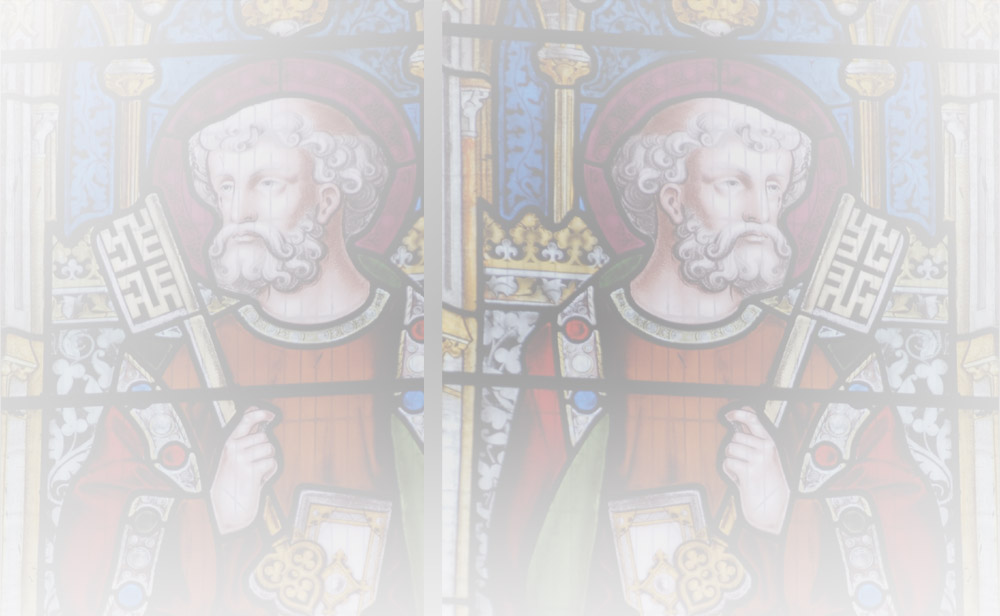 You Are Here: Home » Governor News

This is my FINAL Newsletter and will be, I hope, rather different as I reflect on 12 years as Chair and a current total of almost 25 years on the Governing Body â€“ I started in October 1996. Both of my children, Suzanne and Gillian, attended the School between 1978 and 1986. My apologies for the length this time but there is so much to tell.

Â We have been going on a European holiday for many years and my wife is a historian so we usually bought a Michelin Guide for the places we were visiting. These were often in French and started with the phrase above â€“ a little bit of history. So here I go with some small St Peterâ€™s snippets.

When I started as a Governor, the School was expecting an OFSTED Inspection in the near future and the then Chair, Bert Barnett, was a tax accountant and knew next to nothing about Education issues. Quite worryingly, he asked me to chair the Curriculum Committee. In February 1997, the Inspectors arrived and quickly determined that the School had â€śserious weaknessesâ€ť. This was a shock to the Staff (but not myself) as I believed that we were not doing the best for our most able children. I asked the then Head to prepare a response by the start of the Summer Term and I would meet him at the start of the first day. When I arrived, I was told he was in the swimming pool! I asked if he could be sought out and when we met he produced a response which was 1 Â˝ sides of A4 â€“ clearly very inadequate for the issues identified. I said that I was expecting something more like two other responses from other schools known to me â€“ some 20+ pages. If this was not done we would both need to consider resignation. The Head resigned. The staff were not happy, especially when The Times identified St Peterâ€™s as one of the top 100 schools in the country â€“ but this was based on the high % of children achieving the basic level. However, only 16% were achieving higher levels â€“ the last time these were assessed, in 2018, 70% achieved higher grades.

There followed a period of readjustment. One interesting development was the appointment of a new caretaker to occupy the caretakerâ€™s house, now classrooms and a library (see later). He brought with him 4 children all of Primary age and with similar challenging behaviours to those of their father. Apart from being less than diligent in his duties, he was also threatening to the female Acting Head, as well as anyone else who questioned him. This included a Governor, who was also a Detective Inspector in the Met. On one occasion, the caretaker was so incensed by the Governor that he chased his car all the way to Brentwood Police Station! When the Caretaker eventually resigned, there was a huge sigh of relief and it was determined that he would not be replaced and an alternative use would be found â€“ now fully realised.

The School continued to struggle, rarely attracting enough children to fill the 45 places and clearly not doing the best for the most able children, nor, for that matter, with those who found learning difficult. As this was my speciality, I determined to improve matters and, over the years, we have recruited and developed a series of talented SENCos, culminating in the appointment of Mrs Reynolds in 2010. She is now widely recognised for her skills both within the school and at County level and is rightly the Assistant Head.

Things improved greatly on the appointment of Andrew Binnell as Head in January 1999. He had formerly been a teacher at the School, offering a PE specialism. He was aware from that previous experience of some of the staff dynamics and quickly set about encouraging retirements and moves to other schools! A subsequent OFSTED decided that we were now a Good School and we started to be oversubscribed. Andrew not only attended to the results but also sought to improve the Schoolâ€™s sporting performances, whilst also enhancing the links with the Church. In August 2003, the previous Deputy retired and Iain Gunn was appointed, bringing his interest in sport as well as Maths to add value to the offering by the School. In August 2006, Mr Binnell left to set up an Education Consultancy but he continues to play an active part in the St Peterâ€™s Church community. There followed a period of a year when Mr Gunn was the Acting Head, whilst we Governors tried to attract a suitable field for an interview for the Headship, whilst the parents increasingly lobbied for Mr Gunn to be appointed. Eventually we agreed to interview him and it was certainly the most gruelling interview process that either he or I have ever undertaken. It took all day! However, he passed all the tests with flying colours, of course and was appointed from September 2007.

I was asked to become Chair of Governors from September 2009, just after our last OFSTED Inspection where we achieved an Outstanding assessment. We have not been inspected since by OFSTED but have had a succession of Outstanding SIAMS Inspections, which are undertaken independently to assess our Worship and Religious Education. We expect a further OFSTED imminently. The reason that we have not been inspected is as a result of a continuous improvement in our results. I am continually impressed as to how, at St Peterâ€™s, we contrive both to maintain tradition but also to develop it.

Iain Gunn and I have a shared vision. It is exemplified in the School Vision â€“

For the children to realise their God-given gifts and talents, and grow following the example of Jesus

We do have some vigorous debates but, at the core, we both believe that we are a community school serving West Brentwood and we are both passionate about Christian values being at the heart of what we do. We want strong links with St Peterâ€™s Church and we want every child to have the best education it is possible to give. We have an extremely talented and committed staff who have been carefully appointed as demonstrating adherence to the Schoolâ€™s Values.

Through my time, there have been remarkable successes â€“ too many to mention all but the development of the Schoolâ€™s team games, the commitment to the environment, the behaviour and care of the children for each other and the School Performances are right at the top of my list. Of recent times, the Schoolâ€™s response to Covid and the education it has offered to its children throughout this very difficult time has been exemplary and the constant source of favourable comment that I have received from parents. This Vision and the very high standards of an all round Education, which Mr Gunn and I both cherish, has led to a situation when we have a regular request from over 200 parents wanting their children to join the School each year. In December 2016, we were approached by the County to take 2 forms of entry (2FE), to which we agreed, though there were some issues with Planning and funding, both resolved. That went ahead and we started to plan to become 2FE, especially as we were finding that we could not accommodate our catchment children. By September 2022 we will be fully 2FE

During my time as Governor, we have replaced the very tired â€śmobilesâ€ť which housed the Infants, built a new front classroom in keeping with the almshouses opposite, converted the caretakerâ€™s house to provide classrooms and group facilities, supported by a generous donation from the Dewsall Foundation, developed facilities to move to 2 form entry, including a state of the art â€śmodular buildingâ€ť and a new classroom currently being built in the Infant area. We are close to completion of a fully covered swimming pool, most generously funded by a parentâ€™s company. Almost all of this has been funded by the School itself with some grant and parent aid.

Â I am especially pleased that the School Council is fully involved in the School Development Day at the end of the Spring Term. It has been a great personal joy to work with these bright and articulate young people over the years and to watch their contributions to develop in their understanding of the needs of others.

Another feature of my time, apart from the outstanding teaching staff, has been the quality and commitment of all the Support Staff.

And, of course, the children. Three special moments which drew tears

There are so many more

As I write, on Friday July 18th, I am looking forward to the return of Year 6 from the York Trip we thought they would never have! There will be Summer Stars on the 20th and the Leaversâ€™ Service and Presentation on the 21st, the latter both in the Marquee provided by the Year 6 parent Team.

If you feel that I have done anything at all to assist in your childrenâ€™s development, please do consider using the link in Iain Gunnâ€™s current Newsletter to donate to the Church, which is likely to be some ÂŁ15k short with its Parish Share as a result of the current Covid restrictions over the past 18 months.

Itâ€™s a special and wonderful school in which to have been involved! Thank you for the opportunity!